The outbreak of Corona that has been declared pandemic seems to be a life taking threat. It’s first case was witnessed in Wuhan,China and took a toll on everyone’s life by just multiplying and spreading in countries like Italy, Iran,France, U.S, South Korea, India and so on.

The current situation in India is a bit critical and if not controlled, we’ll soon be seeing before us the scenerio which countries like China and Italy are facing. As of now (as per 23rd March), the total number of Corona virus cases in India has reached 463 which is why schools have been closed down and people are told to work from home. 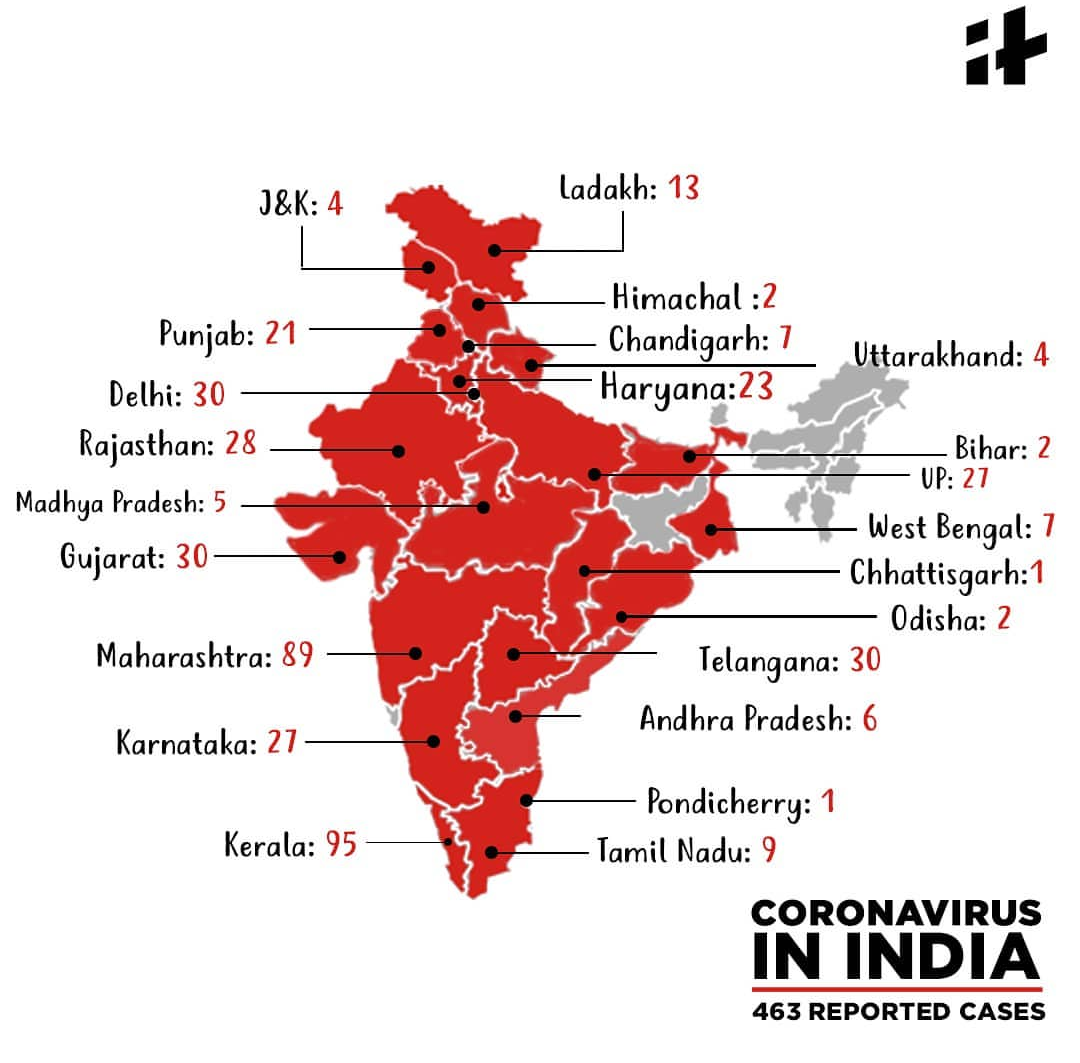 Also, because of the lockdowns, the rickshaw pullers, vegetable sellers, ragpickers, taxi drivers, delivery boys and other poor people are finding it burdensome to earn their bread and satisfying their day-to-day needs. It is high time for us to do our bit to help them make their ends meet. On the other hand, there are doctors, journalists, bankers working their ass off despite of the current situation.

This itself conveys the seriousness of the current situation but on the brighter side, the climate did show an overwhelming transformation. For a change, there’s clearer sky with no speck of dirt, no hustle bustle and honking of vehicles, animals feeling free and safe. Our being indoors brought such a positive impact around us which itself proves how ruthlessly we have been making use of the technology and resources provided to us. Corona, in true sense, is teaching us all some serious life lessons and directing us the right way of treating the Mother Earth. It feels like we are going back to the days when we people did more than just binge watching tv series. People have started investing their time and efforts in reading novels, developing culinary skills, playing board games.

It is the need of the hour to keep ourselves aloof. We mortals, who are believed to be the most superior beings on earth are going to great lengths to escape the fear of being dead. It seems like we are being punished for the sins we have committed and that sooner or later, every individual eventually faces their own karma . To the Earth, we have been selfish enough to hear its needs and now the tables have been turned, it is us who are locked up indoors for the sake of being alive.

To overcome this challenge, our Prime Minister, Mr Narendra Modi came up with the initiative of Janta Curfew on 22nd March in which every individual were expected not to step out of their homes from 7am to 9pm Apart from this, PM Modi even asked people come to their balconies and clap or ring bells at 5pm to show their respect towards those who are putting their life on risk to save others. To my surprise, people did come out and clapped together proclaiming the world that we are together in this and we will fight against all odds to restore our ailing Mother Earth. It felt more like a celebration where everyone stood together for a common cause and trust me, the sight was worth watching. Here are some video clips below that will surely give you goosebumps.

Janta curfew mainly aimed at getting us into the habit of staying indoors to avoid the forthcoming battle that’s awaiting for us if we continue to be linient.
Apart from using mask and hand sanitizer/ soap, it is essential to take in immune boosting foods like orange, kiwi, tomatoes, carrots, eggplant, lemon, almonds and intake of 3 litres of water per day. Not just this, I along with family members also have inculcated this habit of having a tablet of Celin 500 everyday which is beneficial in increasing the immunity level and also for enhacing the efficiency your overall body.

Being hit by such a circumstance has surely acted as an eye opener and people like us who always locked their eyes into their cellphones are realising what all things they were actually missing out. Amidst the chaos, there’s fear and consciousness before stepping out of homes. Though the foolish acts of some have caught our attention, I do hope that people start to act like responsible citizens for a better tomorrow.

I needed to reach out to people through my scribbled thoughts and artistry. (So here I am!) Writing is my passion and for me, following my passion is more like expanding the horizon of my knowledge & thoughts. I'm a bookworm who has fetish for travelling around the world and exploring every culture and cuisine.🖤 View all posts by Ankita